Hello Mozillians,
This blog post is about the successfully organized event at BSSS, Bhopal (M.P.) on 3rd March 2017 by Mozilla Club BSSS. This is the 1st WebVR event organized by our club. The motive of the event was to promote MozActivate campaign in our region and also to provide the platform where people can show their creativity by making good frames. Our team hearty thanks our reps mentor Vaibhav Bajaj (Representative Mentor Mozilla ) for providing us such a great exposer and guidance.
Agenda:-
Speaker:-
Kushagra Varade (Founder of Mozilla Club coherent UIT RGPV)
Event Details:-
The orientation of the event was done by me, Club Captain Robin Koshy . He introduced our guest speaker Kushagra Varade (Founder of Mozilla Club coherent UIT RGPV), Mrs. Archana Naik HoD  Dept.of Computer Applications greeted Kushagra with a flower bouquet, 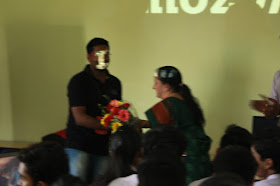 then I introduced both the executive members Mukesh Pathak and Atharv Deshpandey. I gave a brief introduction on Mozilla its mission and products and then handed over to Kushagra to continue the session with topic of the day. 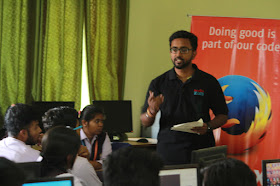 Kushagra then introduced the basics of HTML, VR, WebVR, and A-Frame to the studentsof BSSS. Later he practically showed hands-on and builds some cool VR Frame and asked students to come up and do the same. And when the students were performing they came up with doubts and we as volunteers helped them out and provided solutions. After that the students tried their best made their VR Frames. 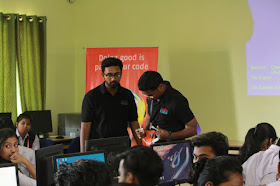 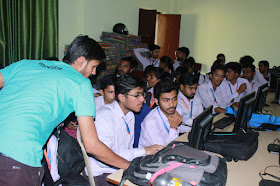 Few students asked questions and Kushagra provided them with answers and then students were asked to do hands-on on A-Frame. The students were excited about making A-Frame and they successfully made many good A-Frames under the guidance of Kushagra. We gave swags to every students. 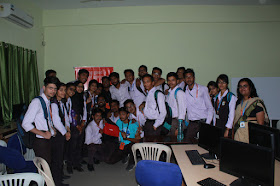 After our hand-on session one of our executive member Atharv Deshpandey gave us a precise conclusion for our event, and gave vote of thanks and ending the session thanking kushagra for coming to BSSS college and sharing knowledge with the students, he also thanked the faculty members of BSSS Mrs. Archana Naik, Mrs. Prabha Biju and Mrs. Jincy Renjy Thomas for giving the permission and space for organizing this event, Last but not the least he thanked the Club Captain and executive members of Mozilla club BSSS, for making it a successful event.